I stepped out of my theology class one day feeling heavy-hearted, ashamed, guilty, angry, helpless. We have just seen parts of a documentary entitled “Screamed bloody murder”. The documentary highlights genocides that happened around the world in which neighboring countries turned a blind eye and refused to get involved. One of the survivors of the Genocide during the time of the Nazis claimed, “[The US Government] knew…they just didn’t care.” The indifference to these mass murders resulted to the death of over 6 million Jews during the Nazi regime, 1.5 million people in Cambodia under the regime of Pol Pot, 800,000 Tutsis in Rwanda, 1.5 million Iraqi Kurds during the time of Saddam Husein, to name a few. One of the many lines that struck me the most in the documentary was, “How could they?” but oddly enough, the words that play in my head right now are, “How could we?”

Wars around the world are nothing new to us. Just a year ago, the world was debating whether or not to accept the Syrian Refugees who fled their homes after years of civil war that began in 2011. I know that there are a lot of considerations to be factored in such a decision, but really, the bottom line is that people are in need of a safe place to stay in and humanitarian assistance, what other considerations could be more valid than that? Where would they go, if none of us agree to take them in?

This, however, is not about the Syrian refugees or the countries that voted to pullout the UN reinforcements in Iraq while a genocide was taking place. This is about a reality that is perhaps more relatable– a reality that we are all currently a part of, happening around us every day that we turn a blind eye to: the war on drugs.

Before the elections was even officially concluded, summary executions of people who were suspected to be drug dealers and users have already broken out. These killings were justified so long as a cardboard is left hanging on the victims’ necks that reads “tulak ako, wag tularan.” [“I am a drug pusher, do not emulate.”] But what is more horrifying for me than these assassin’s’ stomach for murder is the general people’s response to these bloodbaths, going as far as saying, “dapat lang yan sa kanila.” [“They deserved it.”] The few brave souls who actively show opposition to these murders were bashed, shamed, and mocked. “Sana marape ka” [“I hope you get raped”], they would say, “Kapag narape ang anak mo ‘wag mong tatawagin si President Duterte.” [“If your daughter gets raped, do not ask President Duterte for help.”]

Over the course of the first few weeks, these summary killings were headlines of prominent newspapers, TV news channels, and even the cover page of international magazines. News articles and opinion columns flood our Facebook walls and twitter timelines. The topic is discussed by our professors in class and would always be the main course for lunch or dinner with friends. But like a fashion fad that exited the runaway, the fuss about the killings died. Now, many of us would just scroll past an article of a suspected drug pusher who was killed in the dead of the night, dismissing it as just another one of the casualties in this war on drugs.

I fear for our own indifference. I fear that as each day passes we all get accustomed to these extrajudicial killings and learn to live with it without batting an eyelash. I fear that the culture of violence, of death sentences without due process, of hatred and animosity to the few who decide to speak up will be the culture that our children and little siblings will grow up to. It terrifies me to imagine a day where this culture becomes part of the ordinary, that news channels no longer find it noteworthy to broadcast unwarranted deaths – or even if they do, that people like us will no longer find them disturbing. I shiver at the thought of amigas casually talking about a neighbor who was shot killed because he was a suspected drug addict, all while everyone kept a straight face as one apathetically says, “Oh” as if the incident was bound to happen anyway.

I fear that we’ve grown so used to these news reports about extrajudicial killings that we’ve all become silent and chosen to remain silent. I fear that we’ve chosen to take the easy way out, to turn a blind eye and go back to our everyday lives, living aware but indifferent, as if repeating the history of “knowing but not caring.” I fear that this silence perpetuated and continues to perpetuates these killings. Being silent is similar to saying that the killings are okay, and in that light, we are all accountable for all the lives lost.

The killings are simply wrong, unjust, and disgusting. What has become of our nation to be accepting of such violence?

It bothers me how a lot of people bring up Christian teachings on mercy and forgiveness on topics involving the Marcos family but also actively support the war on drugs. We religiously pray and ask for our own salvation every night before we sleep, yet we point fingers at sinners like ourselves, condemning them and deciding that they are no longer deserving of life. There is so much hypocrisy in rejoicing over news that a former drug-addict has been rehabilitated, turned his life around, and dedicated his life to serve God yet refusing to give others the same chance at a second life.

It’s Christmas season and we are all probably at home with our families, or attending countless parties and reunions, or maybe some of us are out in the malls indulging in great deals from the end-of-season sale. But echoing what Archbishop Socrates Villegas said in his pastoral letter: let us not allow the comfortability of our lives make us indifferent to the bloodbath brought about by the on-going war against drugs. Christmas is a time to celebrate the birth of our Lord Jesus Christ, who came down on earth to send us the message of love. As Pope Francis had once said, the lack of love is indifference. Let love and not indifference flourish not only this Christmas season but every day of our lives. Just as Christ has spent his life calling, dining with, and forgiving sinners, let our expression of love be that of mercy – mercy to our brothers and sisters who are in the dark, but who are, just like any of us, are also worthy and capable of redemption.

I’m sharing this quote because I like how Pope Francis puts it,

“I think we too are the people who, on the one hand, want to listen to Jesus, but on the other hand, at times, like to find a stick to beat others with, to condemn others. And Jesus has this message for us: mercy. I think — and I say it with humility — that this is the Lord’s most powerful message: mercy.” (Homily of Pope Francis on March 17, 2013)

My theme for this year is Say Yes to New Adventures which I believe is appropriate given that I wanted to continue my adventures from JTA. July 2016 also marks the beginning of my senior year and I realized that there are still so much stuff I haven’t tried or experienced. I believe that the mantra gave me courage and helped me grab all the opportunities to learn and grow no matter how uncertain and scary the outcome may be. I took a couple of leaps of faith, and with just the right amount of confidence in myself and support from my loved ones, I can say that 2016 was one heck of an adventure that I said “Yes” to. END_OF_DOCUMENT_TOKEN_TO_BE_REPLACED

I was never the athletic or adventurous type – atleast when it involves physical activities. I get tired easily, not to mention that I dislocated my knee cap more than twice. So when my Seoul sisters said that they wanted to hike, I was quick to tell them that I couldn’t come along. But somehow, the universe just has its own way to tell you things. A day before the scheduled hiking trip, I went to the dorm’s kitchenette where a flyer that says “Life begins at the end of your comfort zone” caught my attention, and the adrenaline gushed through my veins and I felt excited about the hike (although I had to make sure that my Seoul sisters would wait for me whenever I needed to rest, which surprisingly wasn’t as many times as I imagined during the hike itself).

We went to Bukhansan National Park at around…

Originally posted on Seoul Searching:
In our Fashion Marketing class in Ewha, our professor asked us to describe the “fashion” in Hongdae, Myeongdong, Gangnam, and Garosu-gil. We’ve already been to the first three so we didn’t really have trouble jotting down…

As much as we love the city, we’re also very much interested in the rich culture and history of South Korea. Last Friday, we decided to go to Gyeongbokgung Palace, the first palace built in the Joseon Dynasty. We went … END_OF_DOCUMENT_TOKEN_TO_BE_REPLACED

Every Wednesday, our class ends at 10:45 am; a little bit too early to retire for the day. And since Bea couldn’t come with us, we decided not to go out. We then decided to cook Adobo, the most famous dish from the PH. Tricia and I went up he hill to buy some ingredients and it was such a fun experience. The trek, rather the hike, was so tiring that we caught ourselves gasping for air as we reached the top of the hill. We went in the grocery store and searched for the ingredients.

We easily spotted the chicken and it was immediately removed from our list. We found the so

y sauce but it was a struggle since everything was in Korean. We even asked the staff but to no avail.We then decided to just get the smallest bottle in case we don’t like the taste. The vinegar…

Everland is the largest theme park in South Korea. It features the World’s Steepest Wooden Roller Coaster called the T-express, with a 77 degree angle drop. There is also a Safari World and and Lost Valley that allows for a … END_OF_DOCUMENT_TOKEN_TO_BE_REPLACED

The Fall term in Ewha Womans University begins today and I was both nervous and excited about it. I usually plan what I wear on the first day of class to make a good impression while still being careful not to … END_OF_DOCUMENT_TOKEN_TO_BE_REPLACED

Before I even left for Korea, I’ve already read about the place called Myeong-dong from my favorite beauty bloggers as one of the best places to shop in Seoul. They couldn’t have been any more right. Myeong-dong is definitely the … END_OF_DOCUMENT_TOKEN_TO_BE_REPLACED 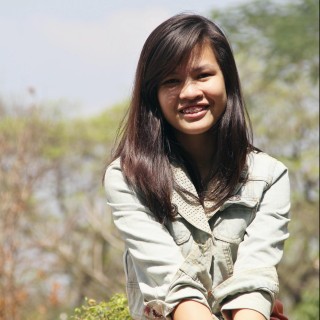